Skip to content
Wow! It looks like it has been a few months since my first blog post.
I will do better on that.
I just returned home from the 2012 Houston International Quilt Festival!
And I have some big Big BIG news about it.
Let’s start at the beginning.
Swarovski Crystal Company announced a contest quite a while ago. And it was pointed out to my by one of my best pals, Whitney.

Love her to death.
I couldn’t have done this quilt without her encouragement.
So, once I read all the rules, I was on my way designing a quilt specifically for this contest.
And here is the end result.

I found out that it made the top 25 Category!
Then, even later in the year, I learned that it made the TOP 10!!!!!!
So, I flew to Houston on the morning of Halloween
to attend the awards ceremony.
When I got there, I saw the other 9 quilts in my category,
one of which was by 2 VERY well known quilters.
They even put crystals on the back of their quilt!
This was no joke.
I got to the show around 7:15,
but the awards weren’t being announced until 8.
So I admit, I kind of sat around moping for a bit, seeing the competition and not feeling super confident in myself.
So, finally, 8 pm rolls around, and there are about 30 people standing around in the Swarovski booth, waiting for the winners to be announced.
They start with 3rd place.
And it is this magnificent beast…

Holy crap, right?!?!
Next, they call the 2nd place winners…

And at this point, I am pretty worried.
After seeing the competition, I thought that MAYBE I could take 2nd or 3rd…
Finally, they announce the 1st place winner.
“And the first place winner is the quilt titled ‘Shimmering Symphony’ and that is by Karlee Porter”
All I can say is “That’s me!”
And I start laughing and crying simultaneously!

I go up to the front, in my red-face stupor, and collect my prizes.
Working towards this competition has been almost a year in the making!
And it has been worth every second of the work.
(120 hours from conception to completion)
I am so thankful for the opportunity that I had to go to Houston, and be there to hear them call my name.
I love creating art and I am so thankful for the talents that I have been blessed with.
As we move into 2013, I hope that I can lift other people up with my talents and help others to know that we all have something beautiful inside of us.
Thank you for all the support that you have shown to me.
Big things are in store for 2013.
Be great to each other.
-Karlee

Hello dear friends! My fabric arrived a couple days ago, and I have hit the ground running with quilting it! Speaking of […] 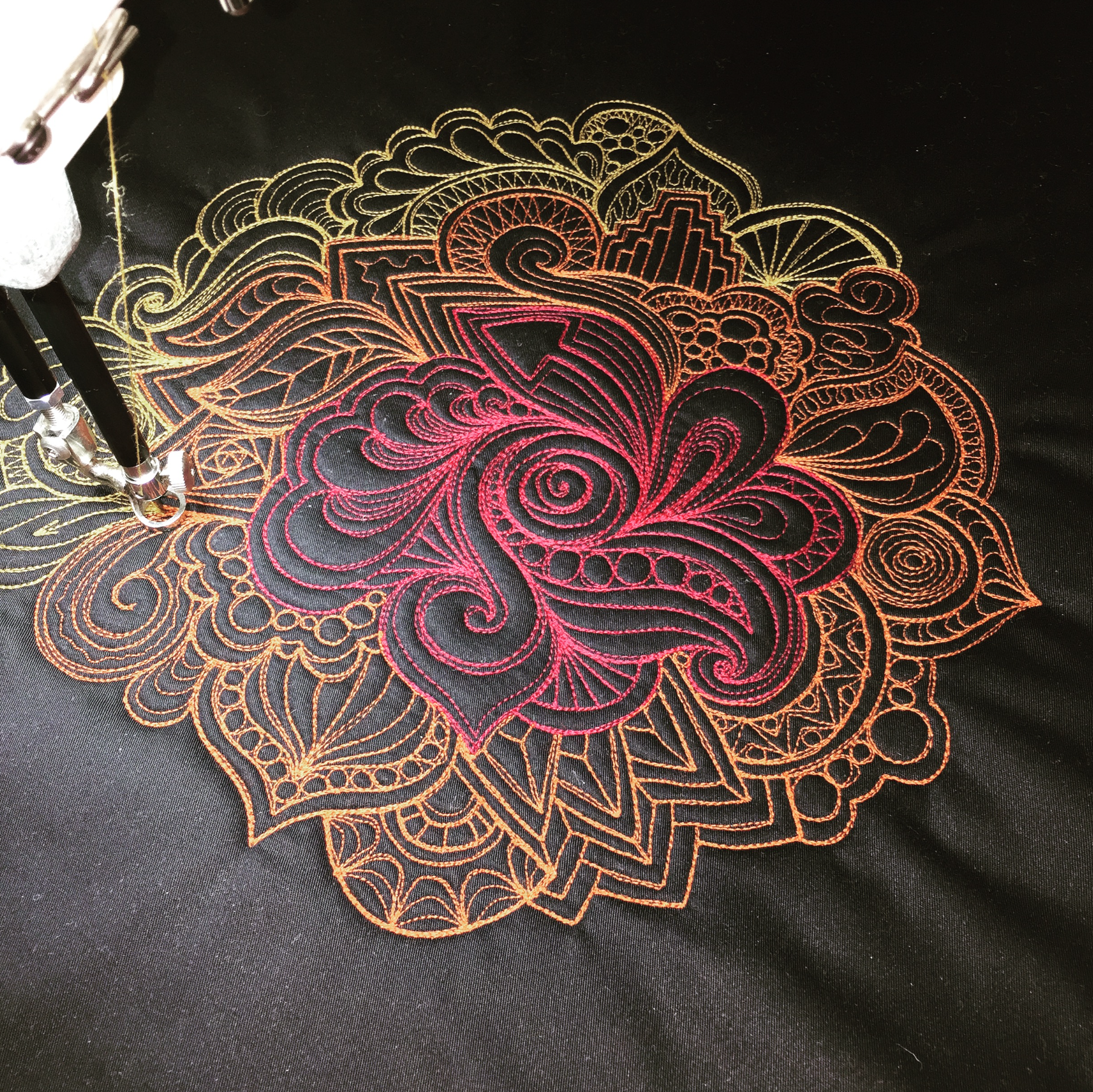 This summer I have had the ride of my life! After the Graffiti Quilting book was published in the Fall of 2014, […]

HAH! Trick question. Patience is never over. If it ended, it wouldn’t be patience anymore. So, this month’s quilt has been almost […]

Have you ever had a dream where you were falling. Who hasn’t right? I think falling can be one of the worst […]