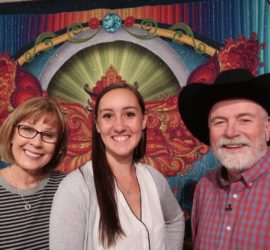 So…. there is this really awesome online platform for quilters, maybe you’ve heard of it. It’s called “The Quilt Show” and it is basically the Netflix for Quilters. Well, last month, Alex Anderson and Ricky Tims (the hosts of the show) asked ME to be a guest on the show!!! This was such an honor! The show is shot at the Comcast building in Centennial Colorado. I just live on the other side of the Rockies, in Northern Utah. So I decided to make a little road trip out of it. This was actually, now that I think about it, […]